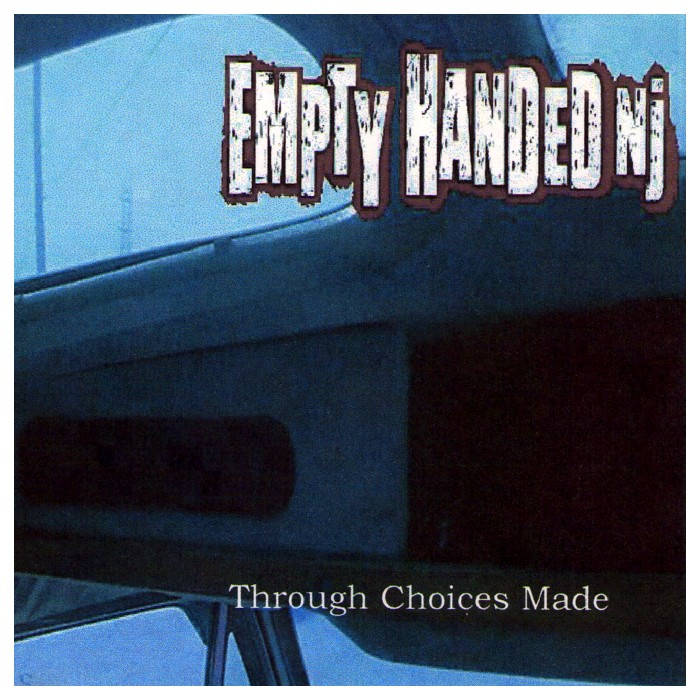 "After solidifying the line up, we had a few more songs under our belts. I think it was around spring or early summer of 2001 we decided we were gonna release a full length. We recorded in Hammonton NJ at the home of Arthur Enders of The Early November. He had recording equipment and said he would record us for cheap. So when we had time we’d trudge down to the deep south of NJ to record our never actually released magnum opus. For the recording I borrowed drums from Verd from 37 Slurp. He had a really tight snare tone, which if I recall was pretty pop punk at the time. I knew I wanted that for recording and my drums sounded like shit. Turns out it was too tight and we had a preview of what would become the “St Anger” drum tone. We had friends in and out and there might be some random Hammonton all stars on the record in one capacity or another. Once everything was all set, we set out to do artwork. Joseph came to me with the title and I LOVED it because it was very old school hardcore sounding and I was very into that type of 88 style hardcore at the time. We thought the production did us no favors and the songs were better than the effort we got from Ace in the recording process. Ultimately these songs never saw a full release. Listening to it now though, it’s probably on par with where we were as a band. I think now the best thing to do would to have waited til the end of 2001 and gone to a real studio, have it pressed and self-released it. I honestly feel if we had gotten a good recording we might have really had something going forward… Alas it never worked like that and it was lost to history. We would never take to a studio between then and our 2002 break up." - Ian