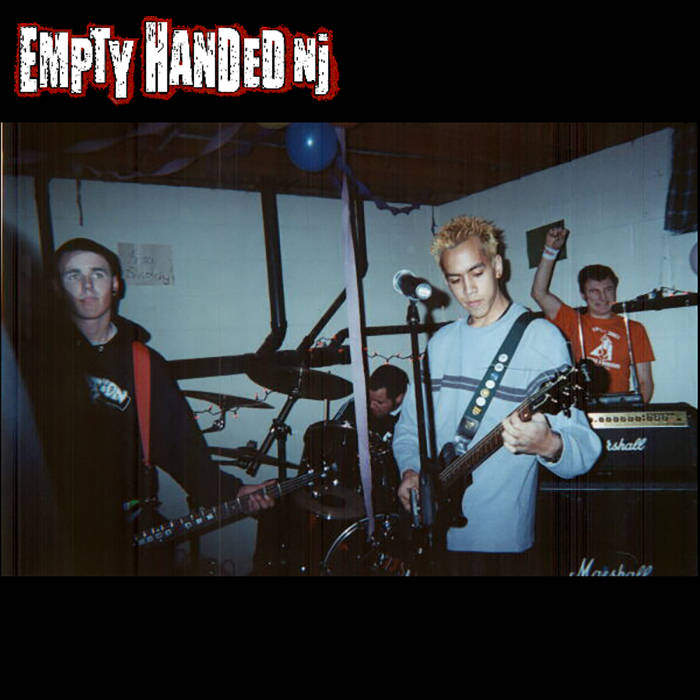 "It was a long time ago, so my memory is a little fuzzy about the details. I would imagine after playing our earliest songs live we probably felt these two were the best or got the best reactions live. We tracked the bass and drums in my bedroom at my old home in Sykesville, NJ. It was upstairs in the house and I think our engineer was down the stairs with the soundboard set up in the hallway. There wasn’t very much room. We did the vocals at Mr. Weller’s home in Bordentown, NJ. Joseph reminded me that I had a pretty hard time hitting notes on the backing vocals. I hit some serious bum notes and it was quite entraining for everyone else to hear, if not frustrating. Overall this was our recorded introduction to the world. I personally would have liked to have had a few more songs and have it be a proper 4 song demo but it is what it is.” - Ian

“We tracked these songs at the start of September 2000. “Hide My Head” was a song originally written with my previous band that we had carried over and tweaked enough to call our own. “Face The Day” was a song written lyrically by Ian and probably one of our most popular at the time. We were in the transition phase of the band and i would end up playing all of the bass parts in addition to my own parts. I believe the vocals in “Hide My Head” aren’t correctly lined up and it still bothers me to this day. Haha. There was a hidden track on the original version of the demo which was a joke that carried over to all of our releases after, each one being different.” - Joseph