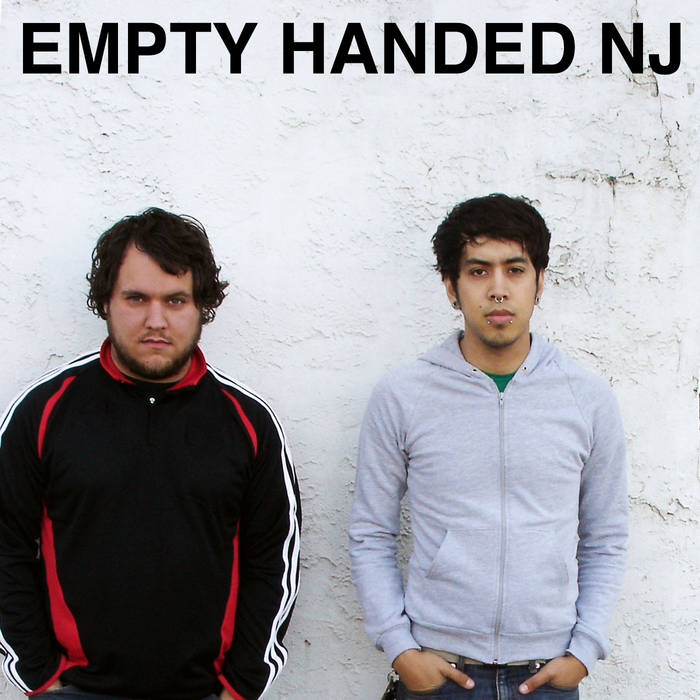 "We booked some time with the intent of Joseph, Marshall and I finally getting a proper recording of some EHNJ with a modern production. As usual, Marshall was nowhere to be found when it was studio time. So Joseph did all the bass playing. I used my own drums save the snare which I borrowed off someone. I nailed the Failure/Fred track in one take. Stood as my greatest studio moment for years afterwards. We only needed a couple sessions to get everything done. As for the songs, we knocked out a few old ones, and one that never got recorded in a studio. We loved the full sound and driving bass tone. If we had this quality of output in our heyday we would have definitely had a better original run. Everything came out ok, except "Face The Day"… which is way too fucking fast. The last track is a joke track we have had going since 2000, hence the dated reference to emo. I believe there is a shout out to Waffle House in there. The greatest restaurant ever. And I will leave it at that. I was immensely proud of this recording and I think it ties it all together and puts to bed EHNJ well.” - Ian

“I had been rehearsing at a studio space in PA with my band and never got around to working with the studio as far as recording went. After a reunion show in late November of 2006, We talked about going in and redoing a handful of songs we felt were different enough from their previous entries. We added a song we wrote towards the end of the band and I pushed/fought to have us redo “Silk Boxers” as it was one of my favorite songs we had written. Through our other projects post-EHNJ, we had both grown significantly as musicians and I feel like it shows on this release. The true irony of this session is that it ended how it actually began, with myself taking over bass duties and Ian assisting with the vocals. This was a really fun time for us and I’m very happy we did this." - Joseph